VIEW PROJECTS

Back to all posts 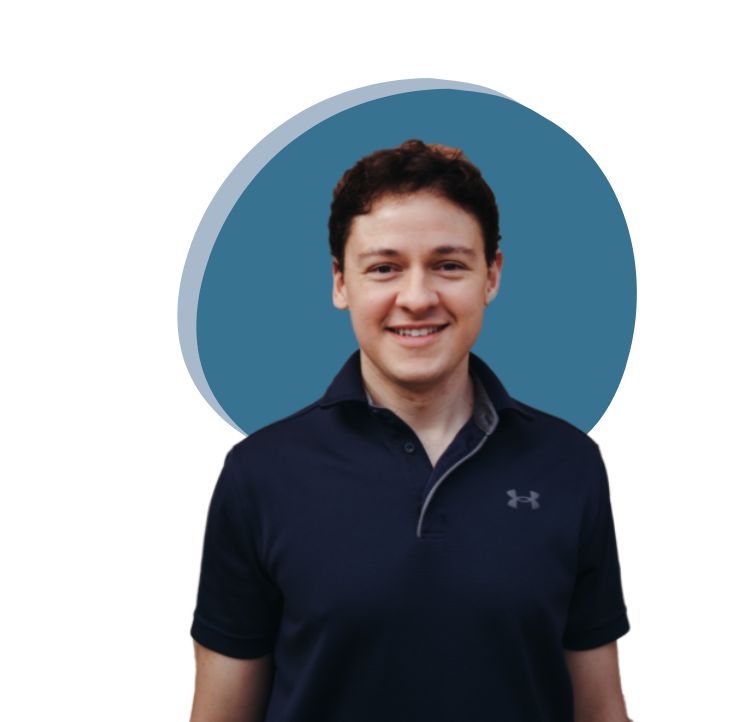 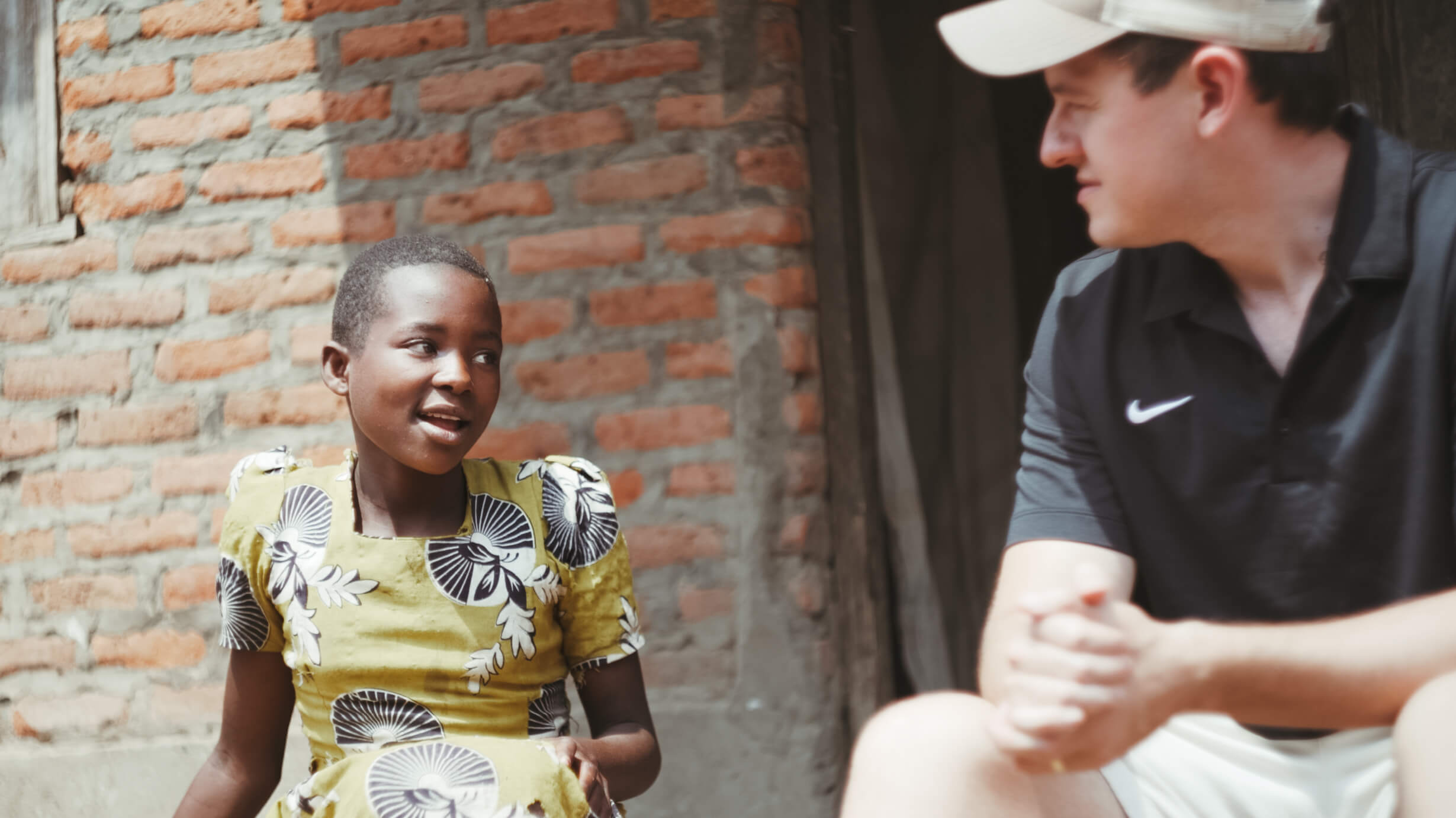 Ending extreme poverty. A bold statement, right? And probably one you’ve heard before. The difference is that for the first time in history, it’s possible.

In 2013, I moved from the United States to Malawi, Africa, the poorest country in the world at the time. I lived there for three years doing humanitarian work.

This is how I met Emily.

Every Friday I played soccer in a nearby village. Emily cheered enthusiastically from the sidelines wearing a purple dress, coupled with a big smile.

A year before I met Emily, her mother got sick. She needed $20 to take a trip to the city hospital. For someone who lives on $1 a day, 90% of their income is already going on basic survival. A sudden $20 expense was unmanageable so she wasn’t able to make the trip to the hospital. Six months later she died.

Think about that. $20 was the difference between life and death. $20 made Emily an orphan. $20 changed the prospect of Emily’s entire life.

How many of you reading this would pay that $20 to give Emily her mother back? My guess is that most of you would.

The problem is that none of you knew that Emily’s mother was in danger at the time, and Emily’s mom didn’t know any of you. And even if you did hear of her story, it would be difficult to ensure your donation would reach the person you intended it to.

A Historic Turn of Events

Before the year 1900, more than 90% of the planet lived in extreme poverty.

Something incredible happened around 1950. Human progress began to rapidly bring people above the extreme poverty line for the first time in history. The number of people living in extreme poverty went down from 90% to 10% over a 75 year period. Wow.

As a civilization, we should be incredibly proud to have so many of us living above the extreme poverty line. A powerful testament to the human spirit.

And yet, there are still approximately 700 million people who live in tragic conditions. No clean water, no basic healthcare, no education, and no way out.

We need to work hard and fast to end extreme poverty and for the first time in history, it looks like we can.

The Humanity Fund by DonorSee

I see a world in which 100 million donors voluntarily give $20 a month into a fund that is efficiently and effectively distributed through the DonorSee platform to help the poorest 10% of humanity. This will be called “The Humanity Fund.”

This fund of $2 billion dollars a month will be distributed more and more effectively every single month of its existence.

Projects will vary in size. Some will be small and personal. Others will be large and infrastructure-focused. On average, 70 million projects will be funded and implemented per year- enough to help the right people at the right time.

In some cases, these projects will “teach a person to fish” by helping them to start a business, get an education, or train them for a vocation. But this will not solve extreme poverty by itself.

We will always share our planet with highly vulnerable people: orphans, widows, disaster victims, people with disabilities, and people who do not have basic human rights, such as food, clean water and shelter. These people don’t need a loan, they need the right money at the right time to help them in the right way.

To implement these funds effectively, DonorSee will onboard an additional 100,000 highly vetted and trustworthy humanitarian partners living around the world. They will document the implementation of their projects and they will be held accountable through crowdfunded vetting mechanisms. It will be the most transparent and accountable distribution of funds in human history.‍

The most important part about this fund is that the 100 million donors will have total control over where their $20 will go every single month. If they do not pick a project, their funds will be automatically applied to the highest impact areas.

For the first time in history, a global community of people on a single platform, will be working together to end extreme poverty. Not large bureaucratic organizations, or governments, but individuals harnessing the power of technology and getting involved of their own free choice.

The right money will be given to the right people in the right way more effectively every single month thanks to machine learning and artificial intelligence. We will still have poverty. But the tragedy of extreme poverty will be behind us. That’s a future everyone can be excited about and proud to contribute to.

But, as Desmond Tutu once famously said: “there is only one way to eat an elephant: a bite at a time.”

We need to break the task at hand into more manageable stages.

Think back to the story of Emily’s mom. She didn’t need tens of thousands of dollars. What she needed was $20 at the exact right moment. If she had that $20, she would be alive today and Emily would not be an orphan.

Over a million lives could be saved this month if they were properly connected to the right people, but they are not.

The concept for The Humanity Fund came from the success of the organization I founded, DonorSee. Our global community giving platform gets money to people more effectively than large bureaucratic alternatives.

At DonorSee, we help you fight extreme poverty by allowing you to pick projects posted by a network of hundreds of humanitarian partners around the world. We only work with highly vetted, on-the-ground partners who truly understand the issues and needs. So you can donate with confidence, knowing that it will have a transformational impact. When you give, you get a video update on every donation showing you exactly how your donation has been used.

Our platform has provided the most efficiently distributed and well-documented use of funds in the history of charity. And there is one major key that has unlocked this success: donor happiness.

Ironically, the key to ending one of the world’s biggest tragedies is happiness.

We have seen time and time again that happy donors make the biggest impact. When people donate from a place of guilt or a feeling of pressure, they tend to get fatigued and stop giving. But when you give them a really amazing donor experience, they come back to give more, they tell their friends, and they become more educated and intentional with their giving.

Happy donors are the best way to make sure funds are applied effectively. It is also the best way to recruit more donors. This is how we will end extreme poverty together.

Ending extreme poverty is a herculean task. That said, there is still a lot of exciting progress to be made on our journey to ending it.

Today, in the 21st century, approximately 700 million people are living in conditions that are too inhumane to comprehend. Over a million people are dying needlessly every month. We can and should work hard to stop this. It is a worthy mission and we will throw the world’s biggest party the day it no longer affects humanity.

When you join today, you will begin the incredibly exciting work of bringing people out of extreme poverty. You will send hope and prosperity around the world when you become a Founding Donor.

To get started, go to donorsee.com/monthly. You are needed to accomplish this mission.

After living in Malawi for 3 years and fundraising to build a school, Gret realized that technology can bring people together to help others. He loves seeing the DonorSee community grow and create inspiring change. He lives in Fairfax, VA with his wife, daughter, and newborn son. 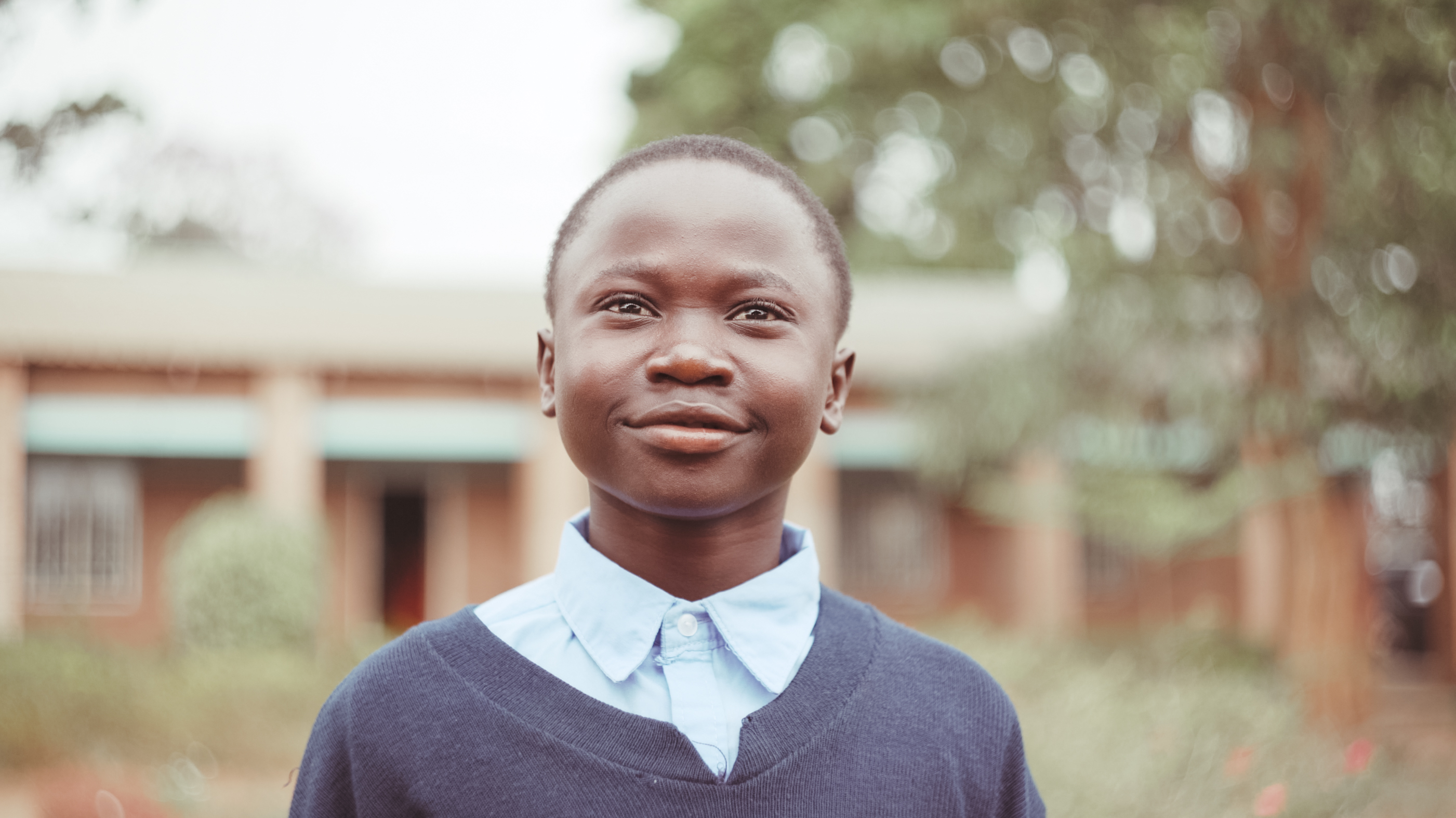 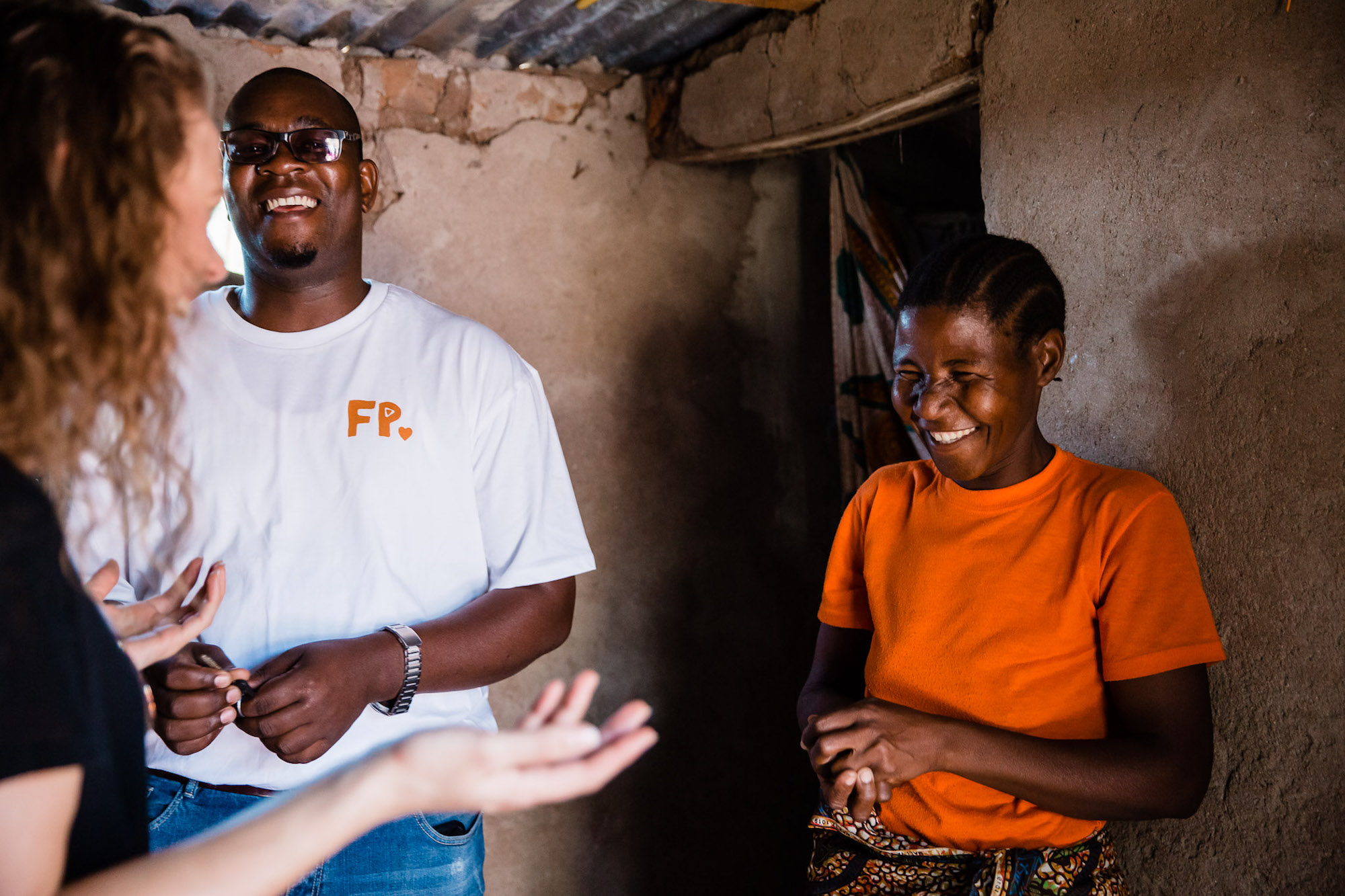 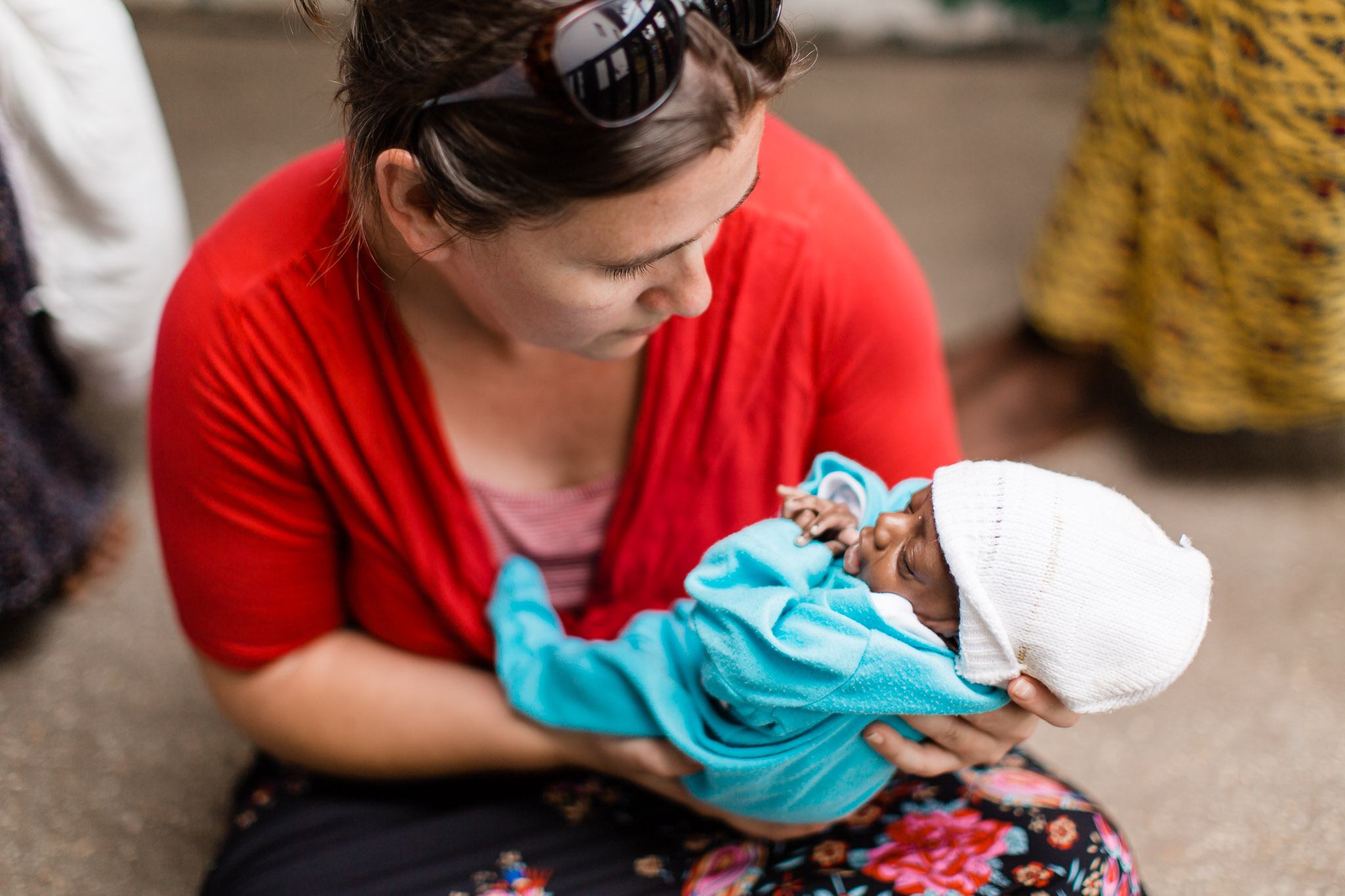